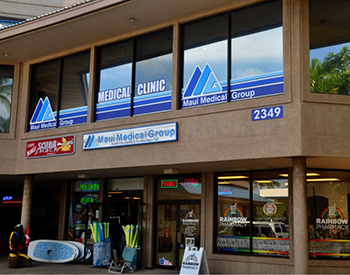 Our History and Future Goals

In 1959, a group of Maui physicians planned to join together in a medical partnership so that by using their combined skills they could render a higher quality of medical care than any one single physician could.

Their planning resulted in the Maui Medical Group Partnership, which started on the first of January 1961. The initial office was at Market and Wells Streets and the Lahaina office was located in the Pioneer Mill Plantation Hospital. Currently the Wailuku clinic is located at High and Main Streets, the Lahaina clinic is on Prison Street and our Pukalani clinic is in the Pukalani Terrace Center.

By 1966, it became apparent that a better facility was needed in Lahaina and land was purchased by The Maui Medical Group Building Corp. (later called Maui Management Partnership). Construction started in 1966 and the clinic opened in September 1967. In 1969, the Wailuku Hotel was purchased and converted into a medical clinic and general office space. This move was necessary in order to accommodate additional specialties and professional capabilities. The present Wailuku office was opened May 1, 1970.